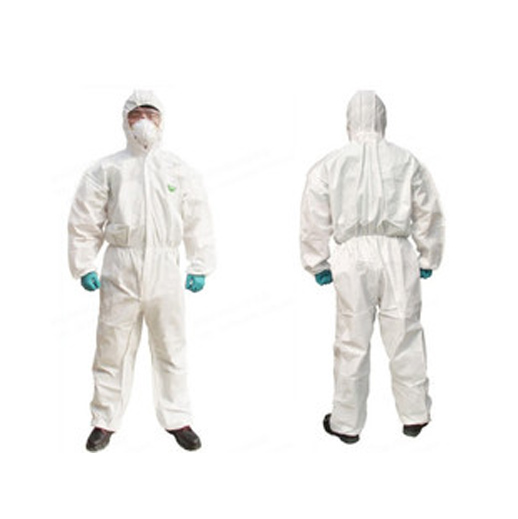 More than 100 years ago, in order to prevent microorganisms from invading the sterile operating room and protect patients from the infection of bacteria carried by medical staff, hospitals began to use special surgical protective clothing.

In the Second World War, the U.S. military developed a kind of high-density woven fabric treated with fluorocarbon and benzene compounds to enhance its waterproof performance. After the war, civil hospitals began to use these fabrics as the fabric of medical protective clothing.

Since the 1980s, with the deepening of human understanding of blood borne pathogens such as HIV, HBV and HCV, more and more attention has been paid to the risk that medical staff may be infected in the process of treating patients. Therefore, countries began to focus on the development of medical protective clothing, making the protective clothing industry booming. Especially in the process of SARS outbreak in 2003, there are many cases of medical staff being infected, which makes people realize the importance of self-protection work.

Medical protective clothing includes all kinds of clothing specially worn in medical environment, so there are many classification methods.

1. According to the purpose

It can be divided into daily work suit, surgical suit, isolation suit and protective suit according to the use and occasion.

The daily work clothes refer to the white coats worn by medical staff in their daily work, also known as white coats.

Isolation clothing refers to the clothing worn by medical staff when they contact patients and family members visit patients.

2. According to service life

The standards for disposable surgical gowns in China are the industry standard YY / T 0506-2016 "operation sheets, surgical gowns and clean clothes for patients, medical staff and instruments" issued by the State Food and Drug Administration on January 1, 2017. The standards for disposable protective clothing for medical use are the technical requirements for disposable protective clothing for medical use specified by the National Standardization Administration of China from March 1, 2010: gb19082-2009.

Disposable protective clothing is discarded after use without disinfection and washing. It is convenient to use and can avoid cross infection. However, the degradation of disposable materials is slow and easy to cause environmental pollution. This type of protective surgical clothing and isolation clothing is usually used. After reuse, measures such as washing and high-temperature disinfection are required. Generally, the comfort of materials is better, but the protective performance is generally poor. The washing and disinfection process will also increase the cost of human and water resources. This type of daily work clothes (white coats) with small protective requirements are usually used.

Woven materials are mainly used to process reusable medical protective clothing, including traditional woven fabrics, high-density fabrics, coated fabrics and laminated fabrics. The traditional woven fabric is mainly made of cotton fiber or polyester and cotton blended yarn, which has good comfort and is mainly used in daily work clothes (white coat). High density fabric is made of high count cotton yarn or other ultra-fine synthetic fiber filament. The yarn gap is very small. It has moisture permeability due to the capillary action of the fiber. After being treated with fluorocarbon, organosilicon and other water proofing agents, it has certain liquid permeability resistance. It is mainly used for surgical clothing materials that need better waterproof effect. The purpose of coating and laminating fabric is to enhance the impermeability of the material, which is used for the protective clothing material with harsh environment. After coating, the surface of the coated fabric is sealed by the coating agent, which is impermeable. The hydrophilic group in the coating or the microporous structure formed by special methods can ensure the moisture permeability of the fabric. Laminated fabric is a composite of fabric and a special film (such as microporous film, polyurethane vinegar moisture permeable film, etc.) through laminating process, such as polytetrafluoroethylene super waterproof moisture permeable composite fabric. Because the pore size of the main membrane of the fabric is far smaller than the diameter of the water drop, which can prevent the penetration of blood and body fluids. The high porosity pore size of the micropore is larger than the diameter of the water vapor molecule, and the water vapor molecule can pass through freely, so the moisture permeability is better.

In addition to the specification and safety requirements of the material itself, the performance of the medical protective clothing mainly includes the protection, comfort, physical and mechanical properties [6].

The protective property is the most important performance requirement of medical protective clothing, mainly including liquid barrier, microbial barrier and particle material barrier.

Liquid barrier refers to that the medical protective clothing should be able to prevent the penetration of water, blood, alcohol and other liquids, with a hydrophobicity of more than 4 levels, so as to avoid contamination of clothes and human body. During the operation, the patient's blood, body fluid and other secretions should be avoided to transmit the virus to the medical staff.

Microbial isolation includes the isolation of bacteria and viruses. The main barrier to bacteria is to prevent the contact transmission (and Back-Propagation) of traditional Chinese medicine nurses to patients' surgical wounds during the operation. The main barrier to the virus is to prevent the cross infection between doctors and patients caused by the virus carried by medical staff when they contact the patient's blood and body fluid.

Particulate matter barrier refers to the prevention of air borne viruses from being inhaled or attached to the skin surface in the form of aerosols and absorbed by the human body.

Comfort includes air permeability, water vapor penetration, drape, quality, surface thickness, electrostatic performance, color, reflectance, odor and skin sensitization. The most important is the air permeability and moisture permeability. In order to enhance the protective effect, the protective clothing fabric is usually laminated or laminated, resulting in thick and poor air permeability and moisture permeability. Long-term wearing is not conducive to sweat and heat removal. The requirement of antistatic property is to prevent the static electricity in the operating room from causing the operation suit to absorb a lot of dust and bacteria, which is harmful to the wound of the patient, and to prevent the sparks generated by the static electricity from detonating the volatile gas in the operating room and affecting the accuracy of the precision instrument.

In addition to the performance listed above, the medical protective clothing shall also have the performance of disinfection tolerance, good color fastness to washing, shrinkage prevention, non combustion supporting, non-toxic, non irritant, harmless to the skin, etc.

It is used in nuclear radiation environment (small dose, large range of ionizing radiation, mainly α, β rays), to prevent the harm of radioactive aerosol and dust to human body. It has the functions of protecting radioactive aerosols, more than 150 kinds of toxic and corrosive gases, liquids and solids, protecting potential radioactive particles and liquids from invading the body, and 100% blocking dry particles of more than 0.2 μ M.