It is a special fishing tool used for externally fishing drill collars, drill pipes, tubing and other column-shaped fish in drilling and workover projects. It is designed based on the outer diameter of drill collars, drill pipes, tubing, joints, couplings and other well tubing. When the fish is caught and cannot be removed, the Overshot can be pulled out of the fish and lifted back to the ground.

In addition, the kava fishing cylinder can carry out high-pressure mud circulation after catching the falling fish. It also has milling shoes which can effectively repair the fish head, which is convenient for the fish to enter the fishing barrel smoothly.

It consists of a top joint, a cylinder and a boot. It is equipped with fishing slip, packing and milling shoe or control ring, as shown in the figure below. 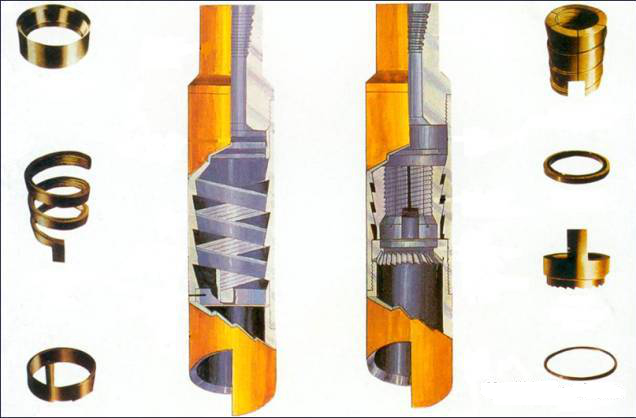 3) Fishing slips are divided into spiral slips and basket slips

Spiral slips: Spiral slips are shaped like springs, with wide serrated left-handed threads on the outside, which are matched with the threads in the barrel, with the same pitch, but the thread surface is narrower than the barrel. The inside is a multi-headed left-handed zigzag thread, which is sharp and hard. Finger keys are welded on the lower end of the spiral slip, and the spiral slip is prevented from rotating in the barrel after cooperating with the control card. Taking into account the abrasion of the salvaged pipe body, the catch size of each slip is within the range of 1-3MM below the standard fishing size. This adapts to the change in wear size of the tubing string in the well.

Basket slip: It is cylindrical and looks like a flower basket. The outer part is the same as the spiral slip, but it is a complete wide serrated left-hand thread, and the inner part is also a multi-headed left-hand serrated thread. There is a key slot at the lower end and an equal expansion and contraction slot in the vertical direction. It is like a spring clip. Taking into account the wear of the tube, the fishing size of each slip is within the range of 3MM below the standard fishing size.

The lower end of the control ring with milling teeth is used for milling shoes, which is used for basket slips. It has two functions. The finger keys of the control ring cooperate with the keyways of the basket slips to restrain the basket slips inside the barrel It can only move up and down and cannot rotate. The other is a sealed assembly with an inner groove bonded with "R" -shaped packings that are compatible with basket slips of various sizes. It plays a role of sealing with the outer diameter of the falling fish, and is equipped with an "O" -shaped seal ring on the outside. The effect is to repair the flash on the top of the fish.

It is a short rubber tube with a sealing lip inside. It is used for sealing between the outer diameter of the falling fish and the inner wall of the tube. It is used with spiral slips of various sizes. It is installed on the upper part of the tube. The lower end of the upper joint is used to tightly press it to have a tightness. When using a basket slip, the installation of "A" type packing is unhindered.

It has a sealing lip on the inner surface, and the outer surface is bonded to the inner groove of the control ring.

The fishing parts of the fishing cylinder are spiral slips and basket slips. Because the wide serrated threads on the outside and the catch teeth on the inner side are left-handed threads, the gap with the barrel is large, so that the catch The tile has a certain stroke in the cylinder to expand and contract. When the falling fish is introduced into the fishing barrel, as long as an axial pressure is applied, the slips travel upward in the barrel. Due to the axial pressure, the falling fish enters the slip, and at this time, the slip is moving upward and swells. Using its hard and sharp slip, the falling fish bites and catches the catch. When the lifting column is lifted, the slip moves relatively downward in the barrel lift. Because the longitudinal section of the wide zigzag thread is a conical bevel, the kava will inevitably move the fish toward the small end of the cone with a heavy drop. At this time, the larger the weight of the fish, the tighter the card will be. body.

The wide serrated thread of the cylinder and the internal and external threads of the slip are left-handed. After the kava healing cylinder is matched, the rotation movement is also restricted by the control card or control ring, so as long as a certain pressure is released when the fish is released, the fishing rod can be rotated clockwise to exit the fishing cylinder. Because the catch teeth are multiple left-handed threads, the withdrawal speed is faster. 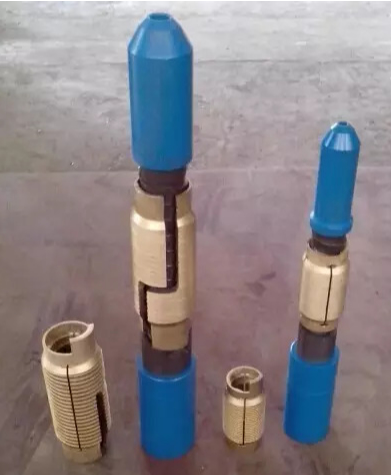 The fishing pin tap is a tool specifically designed for Fishingfrom the inner holes of perforated objects such as drill pipes and tubing. It has a high Fishingsuccess rate for pipe-type objects with couplings.

2) Judgment of positive and negative deductions:

1. Generally, there will be 2 marking grooves at the knot of the buckle.

2. Observation from the thread: when viewed from the female buckle end, the left high and right bottom are positive buckles

Observing from the female buckle end to the left and the right, the height is reversed.

Looking from the male buckle end, the left high and right bottom are reverse buckles

From the male buckle side, the lower left and right higher are positive buckles. 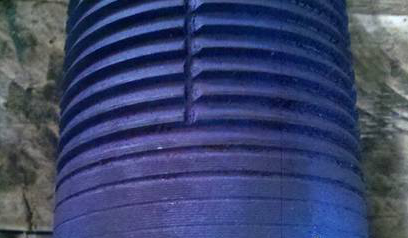 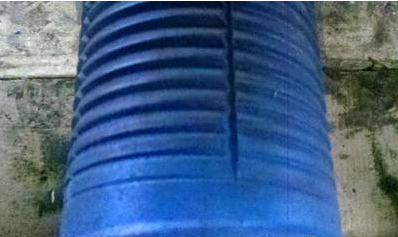 The fepin tap is a tool specially used to make buckle and salvage from the outer wall of tubular falling objects such as oil pipes and drill pipes.

The fepin tap is a long cylindrical overall structure, which is composed of a joint and a body with fishing threads on the inner cone surface. The fepin tap is made of high-strength alloy steel forgings. In order to facilitate the buckle, a cutting groove is provided on the fishing thread.

The fepin tap is made of high-strength alloy steel forging and is heat-treated. The fishing thread is divided into two types: zigzag and triangular. The surface hardness of the thread is HRC60 ~ 65. The fepin tap fishing mechanism is to squeeze the buckle on the outside of the fish head.

Fepin taps are divided into: positive and negative fepin taps.