Oil-fracture is an important technical measure for increasing oil and gas production and filling injection wells. Since 1949, it has become a method for increasing the production of oilfields at home and abroad. Today's fracturing equipment capacity can open deep wells of up to 6 000 m with a seam length of up to 1 km.

In order to achieve the desired effect of fracturing, fracturing wells, fracturing units, fracturing fluids, and proppants must be reasonably selected based on geological conditions.

Although hydraulic fracturing is a widely used stimulation measure, it is not effective for all wells. In general, the following wells are suitable for fracturing:

In order to improve the fracturing effect, oil-water wells can also be used for fracturing, mainly water wells. This can play a role in efficiency and efficiency.

In addition, the overall plan should be adjusted according to the geological conditions of the oilfield and the layout of the well pattern to give full play to the role of oil and water wells. For wells with high permeability, wells at the edge of oil and water and wells with poor cementing quality are generally not suitable for fracturing.

The type of proppant choice depends on the nature of the formation and the depth of the well. For shallow wells with low rock embedding pressure, sand can be used. For deep wells with large embedded pressure, aluminum balls or copper balls that are not easily deformed or crushed are generally used. For medium and deep wells with medium embedded pressure, walnut shells or hard plastic balls can be used. . Due to the high cost of high-strength proppants, sometimes a deep well can be pressed into a portion of the sand and then a portion of the high-strength proppant.

Size of proppant: The diameter of sand commonly used in China is 0.4 to 0.8 mm, 0.8 to 1.2 mm or 1.5 to 2.0 mm. There is currently a tendency for the diameter of the proppant to increase as the amount and viscosity of the fracturing fluid increase.

After each well is fractured, it should be summarized to find out the reasons for success or failure in order to sum up experience and facilitate further battles. A more comprehensive summary, an estimate of the downhole situation. For example, the cracks appearing in the formation are vertical or horizontal, the length of the crack and its ability to conduct flow. It is not enough to record these parameters only by the parameters in the fracturing process. Special methods are needed for measurement. For example, the application of the expansion printing or downhole TV method to find the shape of the crack, the seismic wave and geoelectric method are used to measure the crack orientation.

To evaluate the fracturing effect of a well, two indicators are currently used: 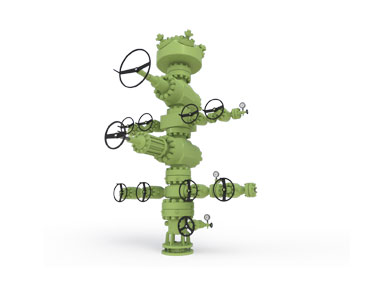