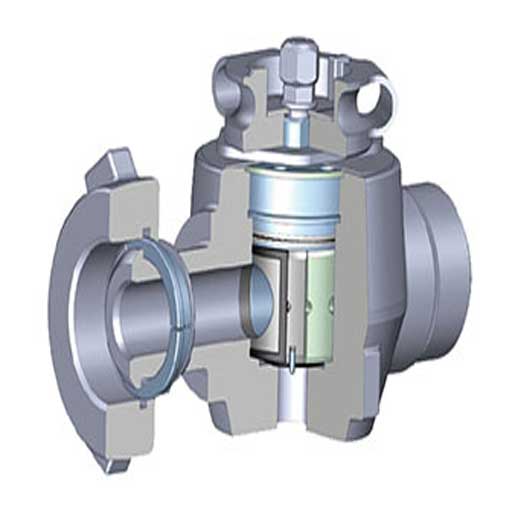 The use of cylindrical plug valves depends to some extent on the seal between the plug and the valve body. Generally cylindrical plug valves often use four sealing methods, namely, using a sealant, using a plug expansion, using a 0-ring seal, and using an eccentric plug wedge seat seal. The sealing of the cylindrical lubrication plug valve is achieved by the sealant between the valve plug and the valve body. The sealant is injected into the sealing surface through the valve plug rod by bolts or injection guns, so when the valve is in use, it can effectively compensate for the lack of sealing by injecting a supplemental sealant.

Lubricated plug valves are particularly suitable for abrasive media because the sealing faces are protected from contact with the flowing medium in the fully open position. However, lubricated plug valves are not suitable for throttling because the sealant is flushed from the exposed seal surface during throttling so that the seal of the seat is restored each time the valve is closed.

The disadvantage of this valve is that the addition of the sealant often requires manual work. The use of automatic injection can overcome this disadvantage, but the cost of adding equipment needs to be increased. Once the valve is cleaned or repaired due to lack of maintenance or due to improper selection of sealant, or crystallization between the sealing faces and the valve plug not rotating in the valve body.