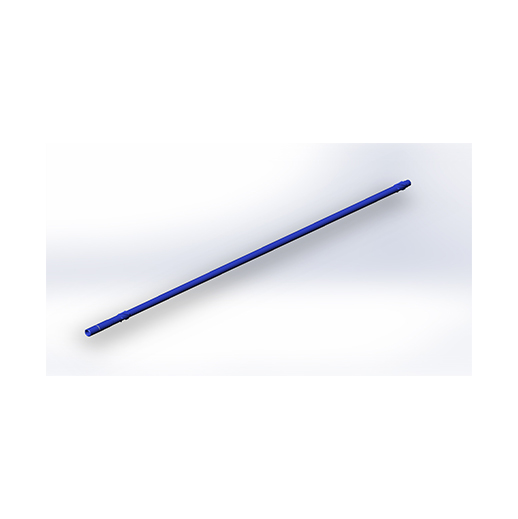 Coring tool is used for acquisition of the rock core in petroleum drilling. One to three sections of inner barrels and outer barrels can be run in the hole every time in core drilling operation. It can be applied in soft, moderate and rigid rock formations.

Oil is buried in rocks with pores in the ground. In order to more intuitively understand the true appearance of oil and gas in the formation, petroleum engineers always want to take out the core containing oil and gas from the well. At present, the methods for obtaining downhole cores are mainly perforating and core drilling. A small number of sporadic cores can be tapped into the cable for perforating and coring, but the cores taken by the perforating core are small in size, small in number, and discontinuous, and it is difficult for geologists to analyze. In order to more intuitively analyze the formation and oil sands in the underground, the conventional drilling method is generally used for drilling and coring.

When drilling the core, the lowermost end of the drill string is to be lowered into the bottom of the well, and a special coring tool is connected. The coring bit is subjected to the circular crushing of the rock at the bottom of the well under the combined action of the vertical load and the torque. The cylindrical core enters the core barrel. After the core is drilled to a certain length, the core end of the drill bit is cut and drilled by the method and measure matched with the tool. After the coring tool and the drilling tool are put together, the core in the core cylinder can be taken out. Drilling core has the advantages of core core (general core diameter up to 100-120 mm), long core length and core integrity. It can fully meet the geological experts' tests and tests on various core projects. It is to obtain the lithology of underground reservoirs. Physical properties and reservoir evaluation are important means. At present, the drilling core can be generally divided into two types: conventional drilling core and special drilling core. The former has short, medium and long tube cores, while the latter has directional well core, horizontal well core, closed core, and keep Pressure coring and conformal freezing.